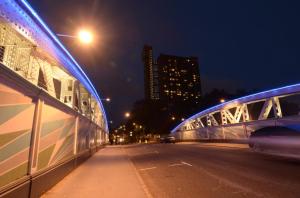 Way back in 2006, when I was Cabinet Member for Regeneration and the Environment, we set up the North Kensington Environment Project to tackle what some people called ‘grot spots’.

The term referred to areas, varying in size, character and ownership, that were underused or neglected and because of a lack of care had become a magnet for litter, graffiti, fly-posting – all of which cast a gloomy shadow over the surrounding areas.

On the face of it, the term ‘grot spot’ was a rather unfortunate one for the people who lived in the area. But there was nothing ill-judged about the project’s ambitions to enhance and improve neighbourhoods.   END_OF_DOCUMENT_TOKEN_TO_BE_REPLACED

Most of us have a deep-rooted instinct to want to help someone in need. That’s a very good thing and a cornerstone of our individual moral instincts. The Council has also developed many excellent services and has a large number of staff devoted to ensuring that the most vulnerable people get the help they need.

So it may come as a bit of a shock to some when we embark on a campaign that seems to say don’t be a Good Samaritan. But our anti-begging campaign is really asking people to help in a different way, and with good reason. END_OF_DOCUMENT_TOKEN_TO_BE_REPLACED