Our clampdown on supercars in Knightsbridge has been very widely reported over the last few days, with press calls coming in from all over the place, including the Gulf.  It makes a change I suppose from enquiries from Local Government Computing Monthly which is more the sort of publicity I’m used to.

So what’s it all about?  Well, the Council isn’t joining the fight against globalisation and the international super-rich. It’s much more straightforward that that: it’s about a good night’s sleep for our residents. END_OF_DOCUMENT_TOKEN_TO_BE_REPLACED 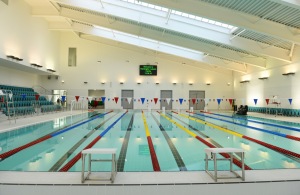 In the days of my youth, I was something of a speed walker.

You had to be in the 1970s, if you wanted to watch Sue Lawley on Nationwide and still arrive at the Red Lion in time for first orders.

But sadly my athletics days are long gone and the big physical challenge for me lately has been applying Voltorol to my lower back. For the harsh truth is that over the last couple of decades exercise is something that I have been putting off until tomorrow. That must change.

So slowly, tentatively, I have been dipping my toes, quite literally as a matter of fact, because one the safest forms of exercise for someone of my fitness level is swimming. END_OF_DOCUMENT_TOKEN_TO_BE_REPLACED

A few years back I’d have been hard put to name a professional cyclist, let alone a British one and now the names seem to trip off the tongue – Sir Bradley Wiggins and Mark Cavendish to name but two.  And these two stellar performers will be seen in the borough in a matter of weeks and they won’t be alone.

Both will be part of a 150-strong field of professional cyclists taking part in the Prudential RideLondon Classic on Sunday 2 August.  If that’s not enough to whet the appetite there will also be the small matter of over 25,000 amateur cyclists riding in the Prudential RideLondon-Surrey 100 on the same day, and along the same route, as the professionals.

It’s the third year running that these intrepid amateurs and top-flight pros have come through the borough and while both events provide excitement and spectacle, and the amateurs raise literally millions of pounds for good causes, there will be major disruption to traffic and public transport.

Put simply, you can’t close over 100 miles of road from east London out to Box Hill in Surrey without it having quite an impact. END_OF_DOCUMENT_TOKEN_TO_BE_REPLACED

Now I may be giving away my age here, but when I was a boy recycling meant leaving out any unwanted household items for the rag-and-bone man to collect.

This tradition actually harks back to the 19th century when a number of men forged an industry from collecting and selling unwanted household items. END_OF_DOCUMENT_TOKEN_TO_BE_REPLACED

As has been widely reported, Sir Howard Davies’ Airport Commission has backed a third runway at Heathrow, saying it will add £147bn in economic growth and 70,000 jobs by 2050.

The Commission addresses concerns about noise and air pollution by recommending a ban on night flights, a levy to fund noise insulation for homes and schools and some sort of legal commitment on air quality.

Kensington and Chelsea has been an opponent of a third runway for some years. Some of our residents already suffer from plane noise, although nothing like on the scale of those directly under the flight path. And our air quality is some of the worst in the country. We do not want to see those problems made worse.

There are larger questions too, one of which is whether the skies over London can safely accommodate yet more planes.

Until our concerns have been convincingly addressed we will continue to oppose the third runway. But our transport experts are now studying the Commission’s hefty report in detail.

In any event, the die is not yet cast; the Government has made plain that it will take the final decision itself about how to address the issue of extra air capacity for London.